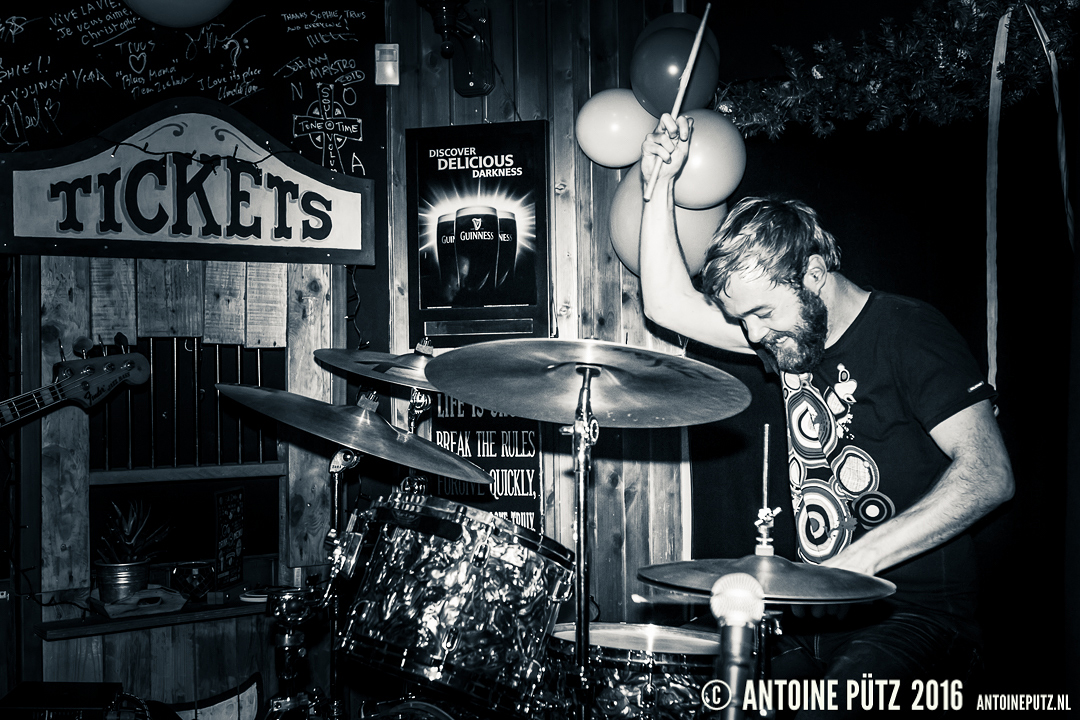 I’ve played in numerous bands & projects in all kinds of musical styles and line-ups. Live and studio, original music and standards. Read about my current bands HERE.

Below are some of my previous bands:

My main band for 7 years (2006-2013). Started as an indie rock trio, evolved into a heavy prog rock monster. Me and lead singer Antoine Pütz did almost everything ourselves from composing and recording our music to releasing our albums and managing the band. I’ve learned so much from this time: songwriting, instrument skills, producing, video editing, graphic design, and so on. I’m still very proud of all the music we’ve created!

Full discography can be found on Spotify but can also be downloaded for FREE at Bandcamp.

Musical long term project of Dutch composer Jos Heutmekers. A jazz big band with an all-star line-up, playing original compositions. Jos currently lives and studies in Norway, so unfortunately, the band is on hold for the moment.

Female fronted alternative rock band from Maastricht (2002-2004). We released a couple of singles/videos and album ‘You Won’t Feel A Thing'(see discography): one of my first experiences with (co-)producing an album.

For over a year (2014-2015), I was part of the official ‘house band’ of 3FM DJ Frank van der Lende’s broadcast show on national radio. Mind you, this was a night show! But we sure had fun every time we jammed in the studio at 4 o’clock in the morning! During this time, I met Ysja and Bram, with whom I’m now playing in Waking Skies.