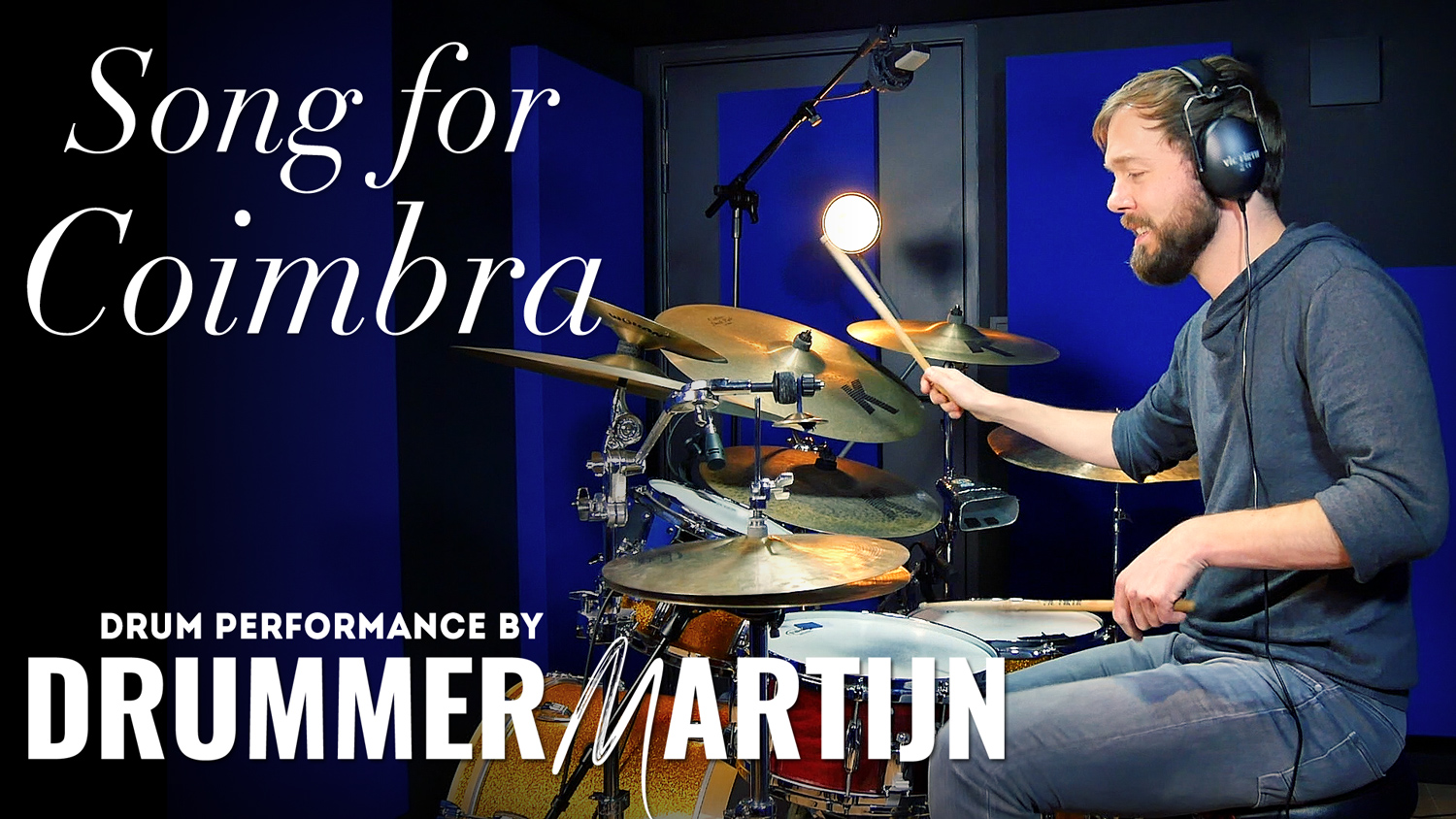 Proudly I present to you my new drum performance video “Song For Coimbra”. Produced, composed and performed by DrummerMartijn, introducing Jordy Haven on piano. Click to watch here & enjoy!

I’m very grateful to be able to finally collaborate with my friend Jordy on this track: he’s a great musician and although his piano solo may be short, it’s really the icing on the cake! Looking forward to making more music together in the future!

The story behind “Song For Coimbra”
“Song For Coimbra” is named after the beautiful city Coimbra [ˈkwɪmbrə/] in Portugal, one of my personal highlights of our last summer’s holiday trip. Some great days to remember!

But another reason to name this song after a place, is “Alhambra“, a song I wrote & released in 2017, which is named after the famous palace in Granada, Spain. “Song For Coimbra” and “Alhambra” are linked to each other. Not only because of the feel and emotions both songs share, but also because of the harmonic similarities: both compositions are based on a F minor scale.

#tbt to a wonderful concert with De Marinierskapel

New video drum lesson out tomorrow! And even if yo

Trying to be a responsible dad pt.7 #letsstartaban

Doing the swing-a-ding-thingy on a corporate busin