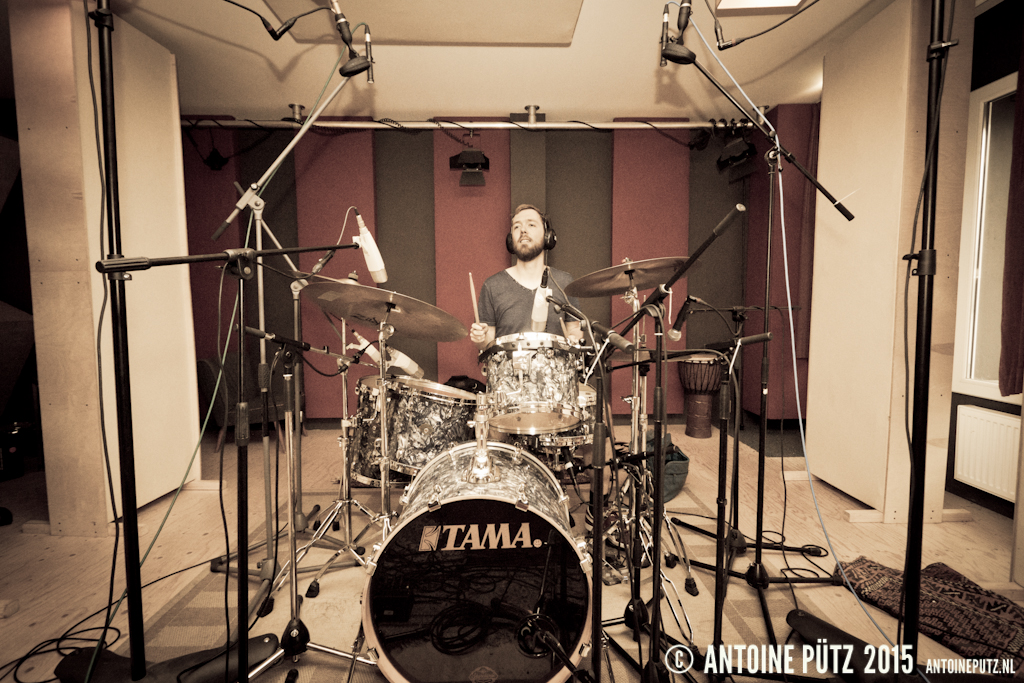 I guess I’ve always been a ‘creator’, even long before I became a professional drummer. I have been writing songs & lyrics for as long as I can remember. Already at the age of 8 I ‘forced’ my neighborhood friends to start a band with me, so we could play my songs…

Nowadays, I’m composing and arranging in a wide range of styles, from pop-rock songs to modern jazz compositions to bigband arrangements. Often it’s hard to tell where the process of songwriting ends and the process of producing begins. And when does songwriting actually become composing? Most of the times it’s all a grey area. These processes are practically inseparable, go hand in hand and one leads to another.

When writing a song, I’m also thinking about the recordings, the drum parts; the audio production. And what about the cameras, the lights, the location; the video production. Most of the records in my Discography, I’ve (co-)produced. I’ve made hundreds of videos for all kinds of purposes. Over the years I’ve become a producer as well.

If you are in need of a song, a video, a (drum)recording or a production, just give me a call.

A selection of my work can be found here: