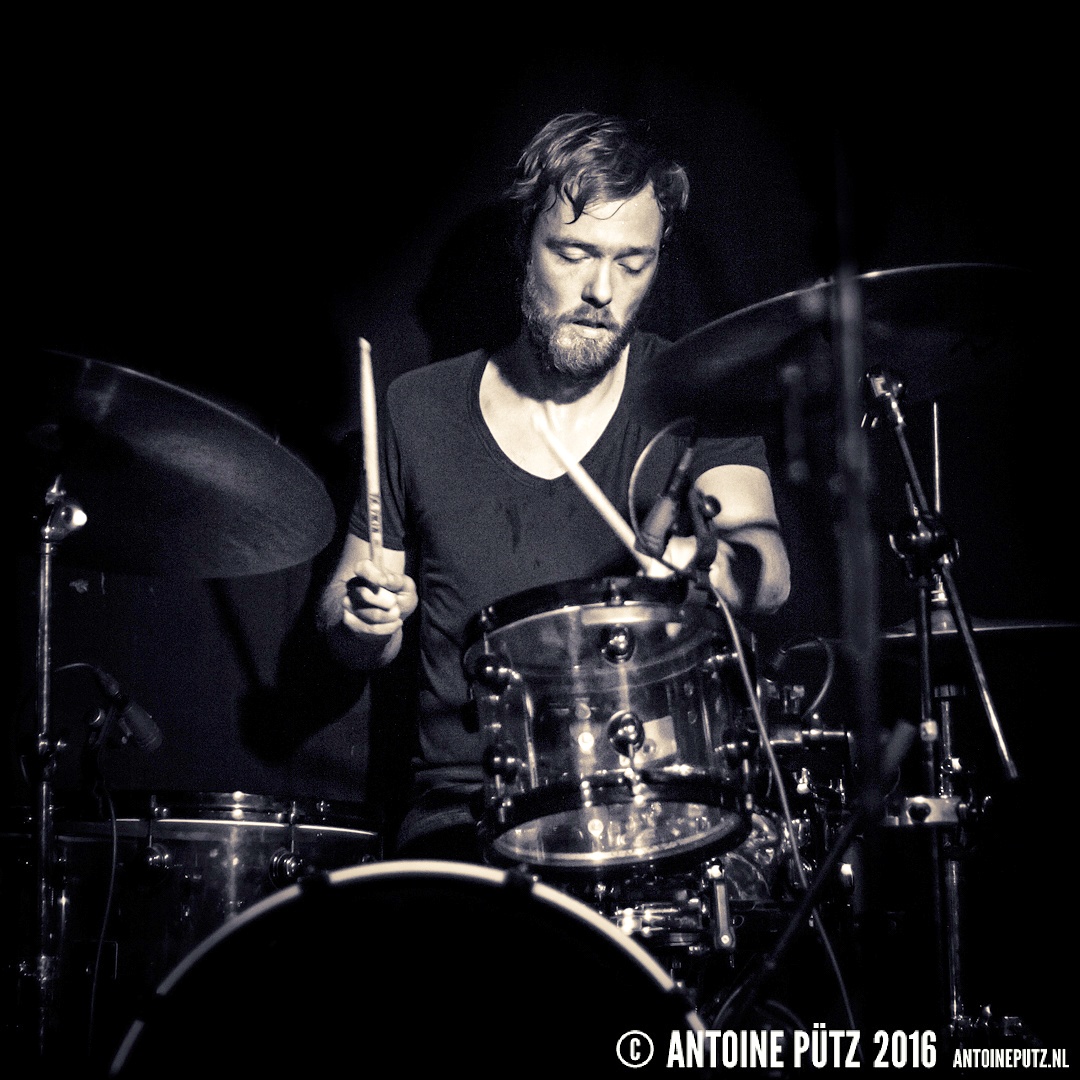 Below are the bands & projects I’m currently involved in as a regular band member. Listen to music in DISCOGRAPHY. If you want to book one of these bands, contact me

Click HERE for an overview of previous bands & projects.

Siavash Kamkar (Teheran, 1989), son of renown santur player Pashang Kamkar, belongs to the vanguard of a new generation of virtuoso santur players in Iran. Martijn Soeterbroek (Utrecht, 1981) aka DrummerMartijn, graduated at the conservatories of Rotterdam and Utrecht, is a professional drummer, composer, teacher and producer.

Together they’ve been working for over two years on debut album ‘Dar Amalga’ (a wordplay meaning ‘in fusion’): seven original compositions on a musical intersection of Western jazz fusion and Persian traditional music, enriched with pop, progressive rock and dance influences. The unconventional role of the Persian santoor in this sound is unique: the instrument, typically used in monophonic traditional Persian music, has a completely new polyphonic solo role.

Siavash and Martijn composed and arranged all the pieces together, without physically meeting each other. Siavash would record his santur parts in Tehran, Iran, transferred the files to Martijn, who would then add his drum parts in Utrecht, NL. Other contributors to this album are Thijs van Zutphen (bass), Mark Alban Lotz (flutes) & Behrooz Zandi (sounds & synthesizers).

Mad Men Music Group is a high-skilled collaboration of professional musicians with decades of experience and thousands of performances under their belt. Individually they have worked on and off stage with household names such as the Temptations and the Supremes, which has paved way for their involvement in the Soul Legends Experience Tour scheduled to take place in 2023 across Europe and the U.S.

Formed out of the Netherlands in 2018, the Mad Men have performed at numerous events including concerts, cover shows and festivals. The band is known for its funky and upbeat performances that spread across various genres such as jazz, soul, rock and disco to name just a few.

Comprised of up to 18 members including multiple vocalists, percussionists, bass, guitar, keyboard, a horn section and a DJ; the Mad Men are certainly not limited in their range or their style. The group also writes and produces original music for the band and for the artists of active music management, in addition to performing songs within their expansive list of covers.

The perfect blend of everything groovy! New Orleans/rock/soul/pop/funk/blues all in the mix. In 2013, debut album ‘Get Used To It’ was released, followed by single ‘Head Above Water’ in 2016.

Start of the final (?) big revision round of what