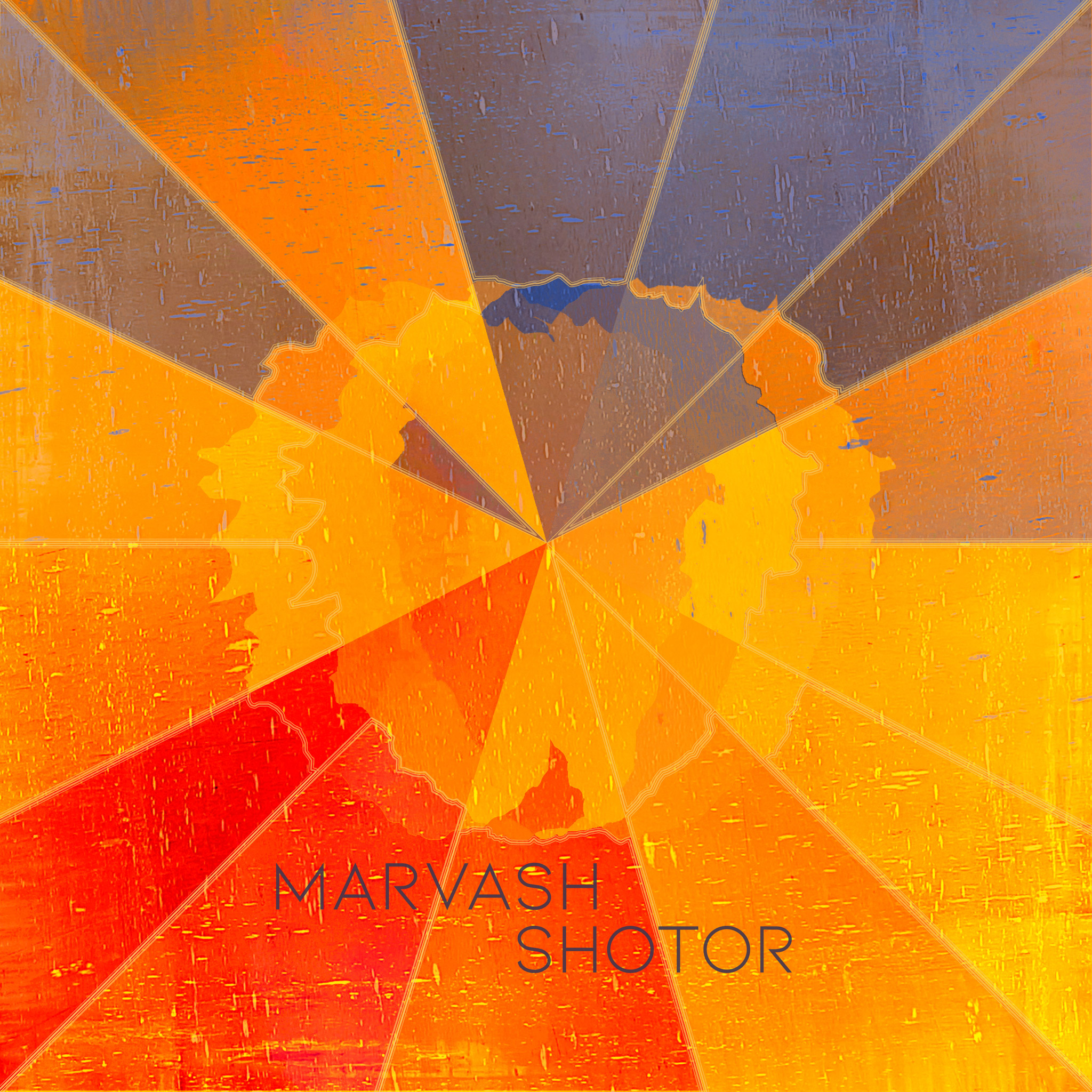 On Nov 15 2021, debut single ‘Shotor’ by Marvash was released on all digital streaming platforms, including Beeptunes. As you may know, Siavash and I have been working for over two years on our new music, so we are very excited about this!

Check the links below to check the single (audio) on Spotify or our studio performance (video) on Youtube:

About Marvash: Siavash and Martijn got in touch through the internet in 2018, while Siavash was looking for a drummer to collaborate with him on a new piece he wrote. This contact resulted in their first musical collaboration, performance video “Santour & Drums”, released in august 2018 via Youtube.

Siavash Kamkar سياوش كامكار : “It’s actually a funny story. I had collaborated with musicians outside Iran before and for a new composition I was looking for a drummer. Somebody told me that drummers from The Netherlands were the best. So I googled for ‘Dutch Drummer’: turned out ‘DrummerMartijn’, Martijn’s Youtube channel, was on top of the list. So I just send him a message if he was interested in workin’ with me. Fortunately, he was!”

The two professional musicians didn’t meet in real life before June 2019. During a short stay in Europe, Siavash visited the drum recording studio of Martijn in The Netherlands. That day, they composed a brand new track together, called ‘Green Dasht’. Still the only time they were actually together in the same room!

Recognizing each others level of musicianship and musical ambitions, plans for recording a full album were easily made. Though multiple challenges had to be overcome during the process. DrummerMartijn : “The whole album recording process was very creative, but also very slow. I mean, normally you would write and rehearse together, but obviously we’re not living in the same country, we don’t even speak the same language! So all communication went via text app and email. And of course, the Covid-19 pandemic didn’t help either…”

Siavash: “We also had to overcome some musical challenges as our musical backgrounds are quite different. One of the musical difficulties we had to overcome is that Western jazz music uses a different scale than Persian traditional music. It took us quite a while to figure out how to work around this: the santur is not as versatile in tuning as, let’s say, a piano or guitar. The santur has originally only been used in traditional Persian music. But I was confident it would be possible to play other styles as well. I think with Marvash, we’ve found new ways to explore the possibilities of my instrument, without ignoring musical traditions. I’m very happy with our fusion jazz sounding polyphonic style!“

Our new performance video of ‘Green Dasht’ is

At what age did you start playing drums? 🥁🔥

Another clip of my #drumplaythrough video of @marv

Green Dasht is OUT NOW! Listen to the new single o

In October '20, only days after the birth of my so

Next week, on Feb 1st, @marvash_band will release